On August 7, 1782, George Washington ordered the creation of the Badge of Military Merit to be awarded for bravery in battle. The predecessor of the Purple Heart, it’s one of the oldest military awards worldwide that is open to all who are wounded in battle.

With the Revolutionary War nearly over, Washington wanted some way to repay his troops for their sacrifices. He created the Badge of Military Merit, which was to be awarded to soldiers displaying high merit and serving for over three years.

“Let it be known that he who wears the military order of the purple heart has given of his blood in the defense of his homeland and shall forever be revered by his fellow countryman,” wrote Washington in 1782, in the order that established the Badge of Military Merit. Three soldiers are known to have received the award directly from Washington, although there may be more. The names were recorded in the Book of Merit, which has since been lost.

Two Connecticut men, Elijah Churchill, and Daniel Bissell received the award. Churchill led two raids against forts on Long Island, while Bissell was a spy disguised as a deserter. He operated behind enemy lines and provided Washington with key information. The third was Daniel Brown, who in the final battle at Yorktown led an attack over a thicket of sharpened spikes against a fortified position, capturing the fort in minutes. British General Cornwallis surrendered soon afterward.

In October 1927, Army Chief of Staff General Charles Pelot Summerall petitioned Congress to have the badge revived, but the bill failed. Four years later, General Douglas MacArthur resumed Summerall’s work, overhauling the badge’s design and issuing it on the 200th anniversary of Washington’s birth. The design included an engraved profile of Washington, as well as his coat of arms. From 1932-43, the Purple Heart was awarded for wounds received in action and for acts of high merit.

In 1943, with the establishment of the Legion of Merit – a military decoration awarded for exceptional service and achievement – the requirements for the Purple Heart changed. Since then, a person must be a member of the US Armed Forces and wounded or killed in action by an armed enemy, or enemy of the United States to be awarded the Purple Heart. This was ruled to include acts of terrorism. To date, more than 1.8 million Purple Heart medals have been presented and there are three service members who have each received 10 Purple Hearts.

Douglas MacArthur was the first service member to receive the modern-day Purple Heart for his service in the Pacific theater during World War II. John F. Kennedy is the only president to have received a Purple Heart, also for his World War II actions. Other notable Purple Heart recipients honored on US stamps include Ernie Pyle, Audie Murphy, George Patton, Chesty Puller, John Basilone, Doris Miller, Yogi Berra, Bill Mauldin, and the Four Chaplains.

The Purple Heart stamp was first issued in 2003 and was re-printed again each year between 2006 and 2009. In 2011, the stamp was redesigned to include the ribbon at the top. However, the 2015 stamp was the first to include micro printing (USPS appears along the top-left side of the ribbon).

Our Lady of Guapulo Stamps 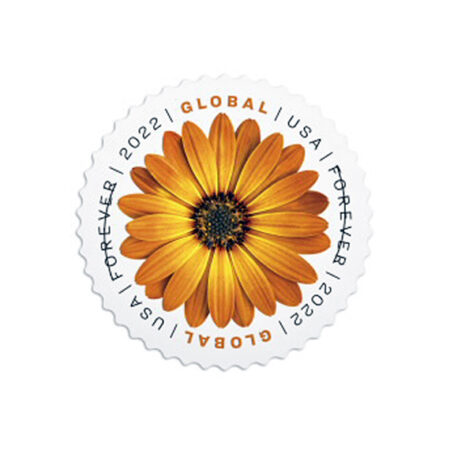 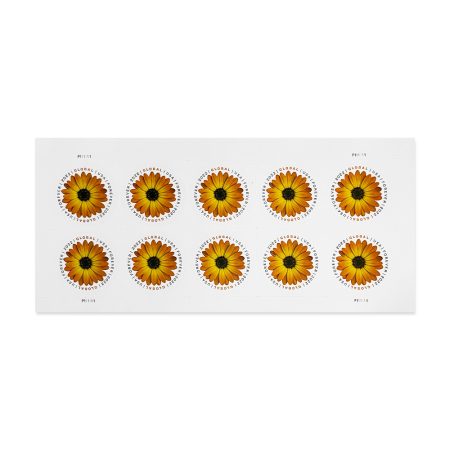 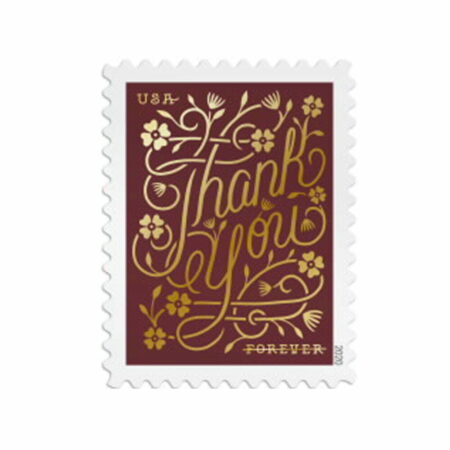 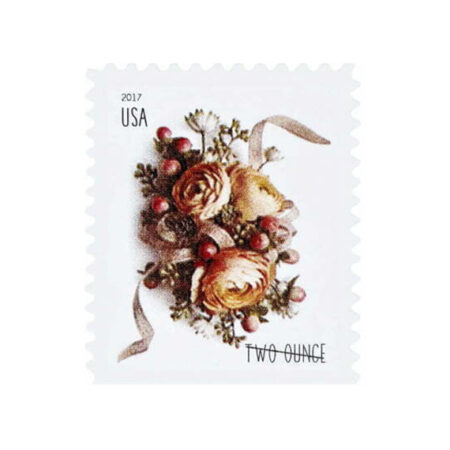 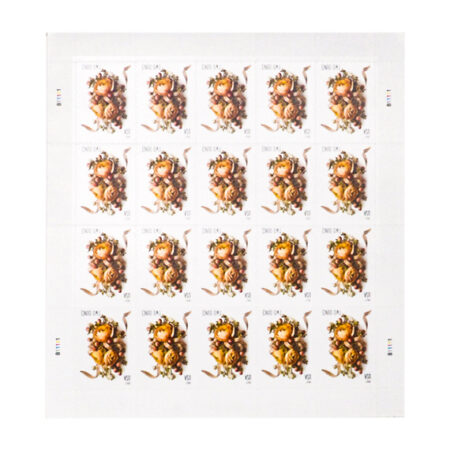